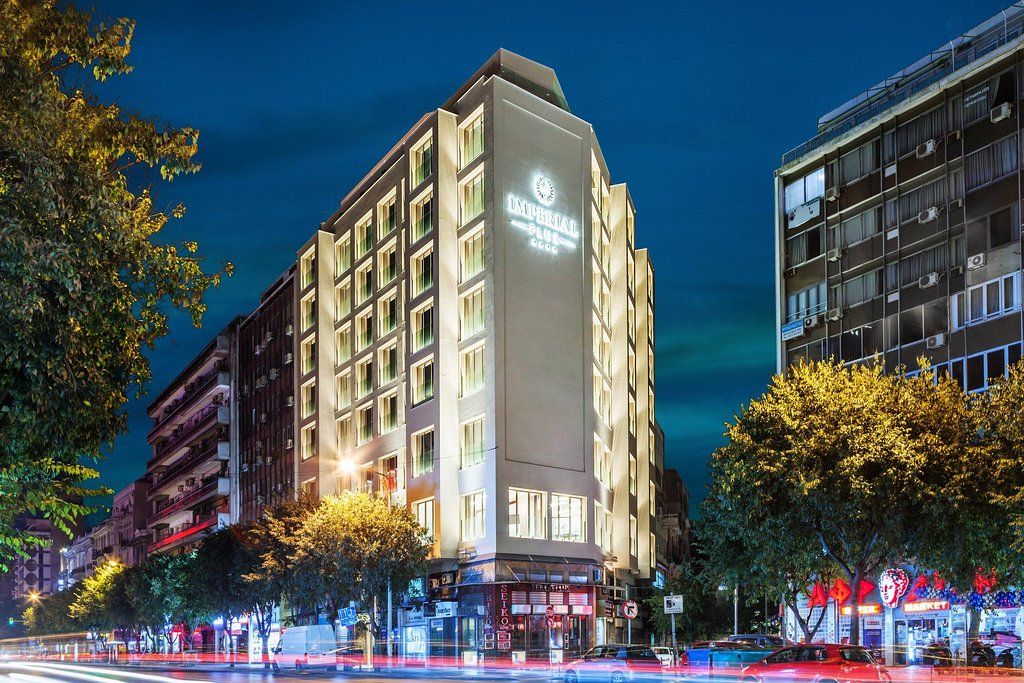 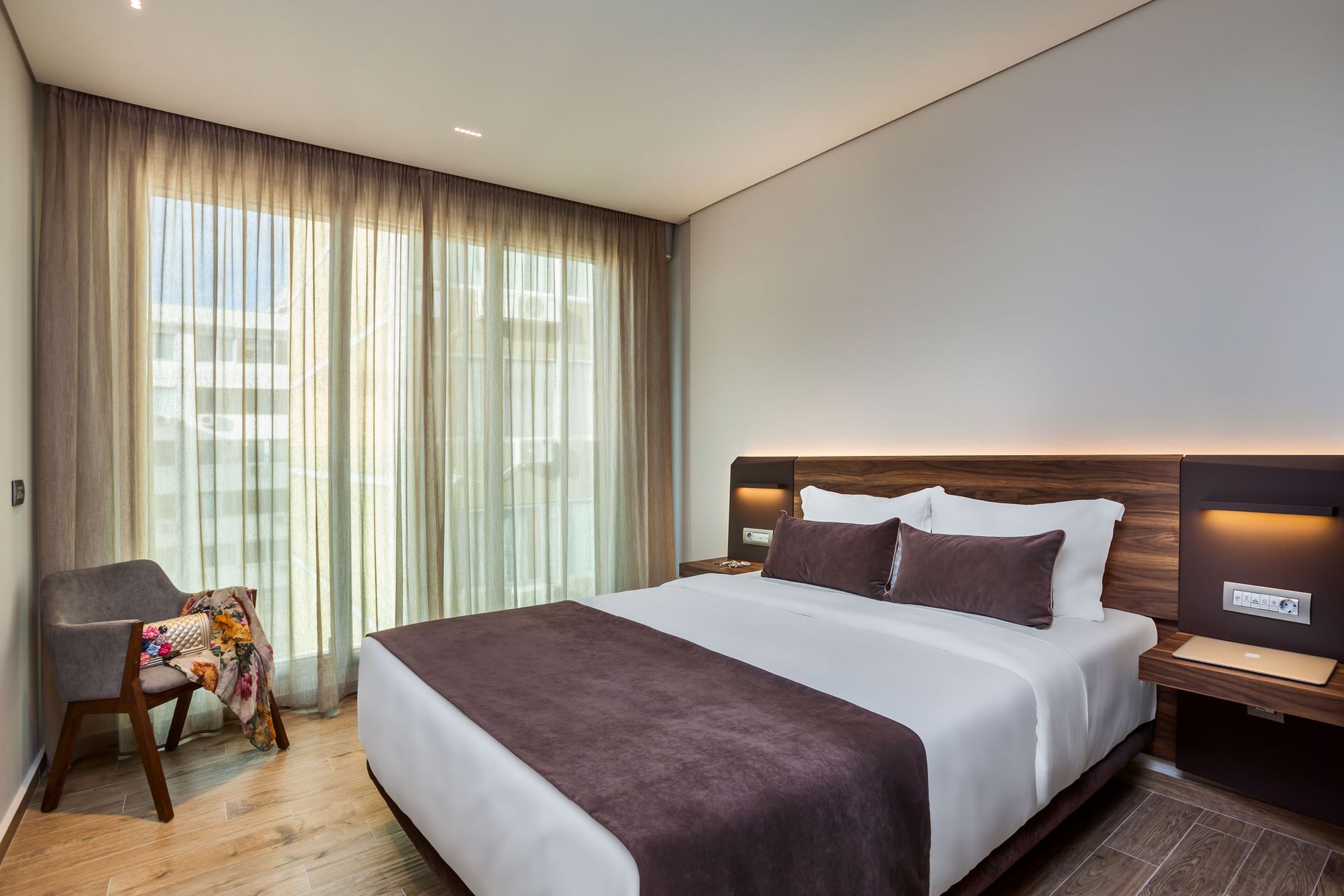 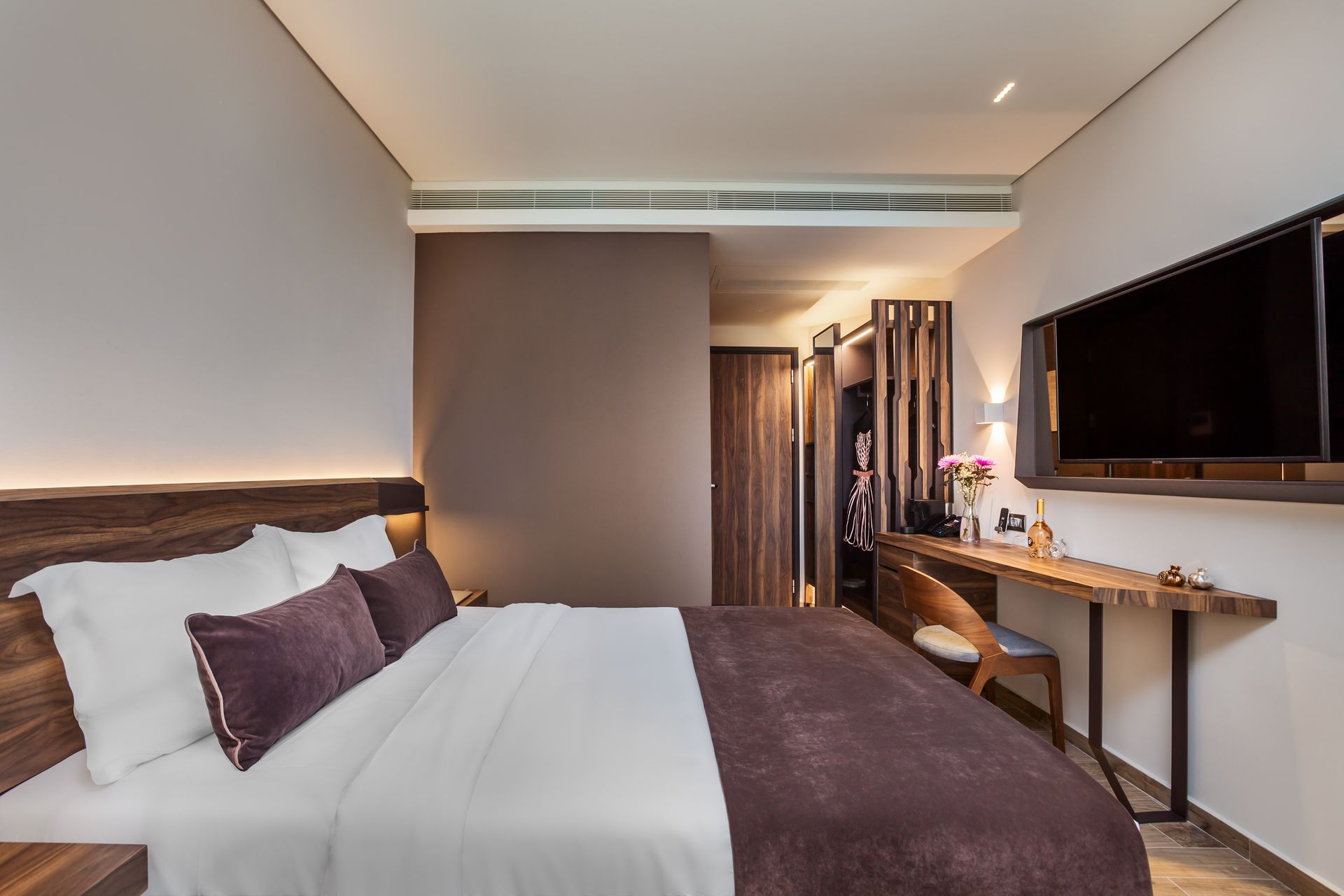 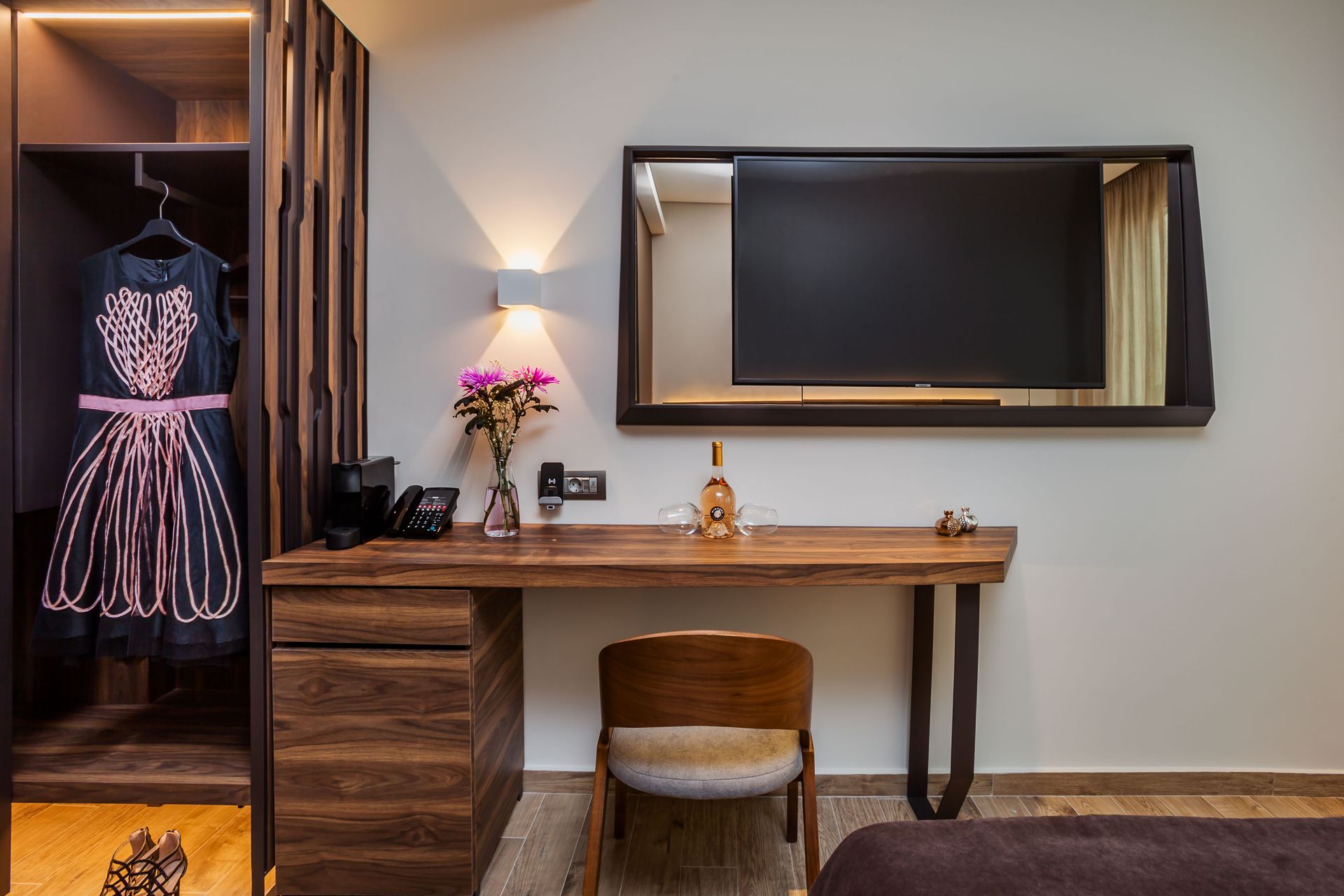 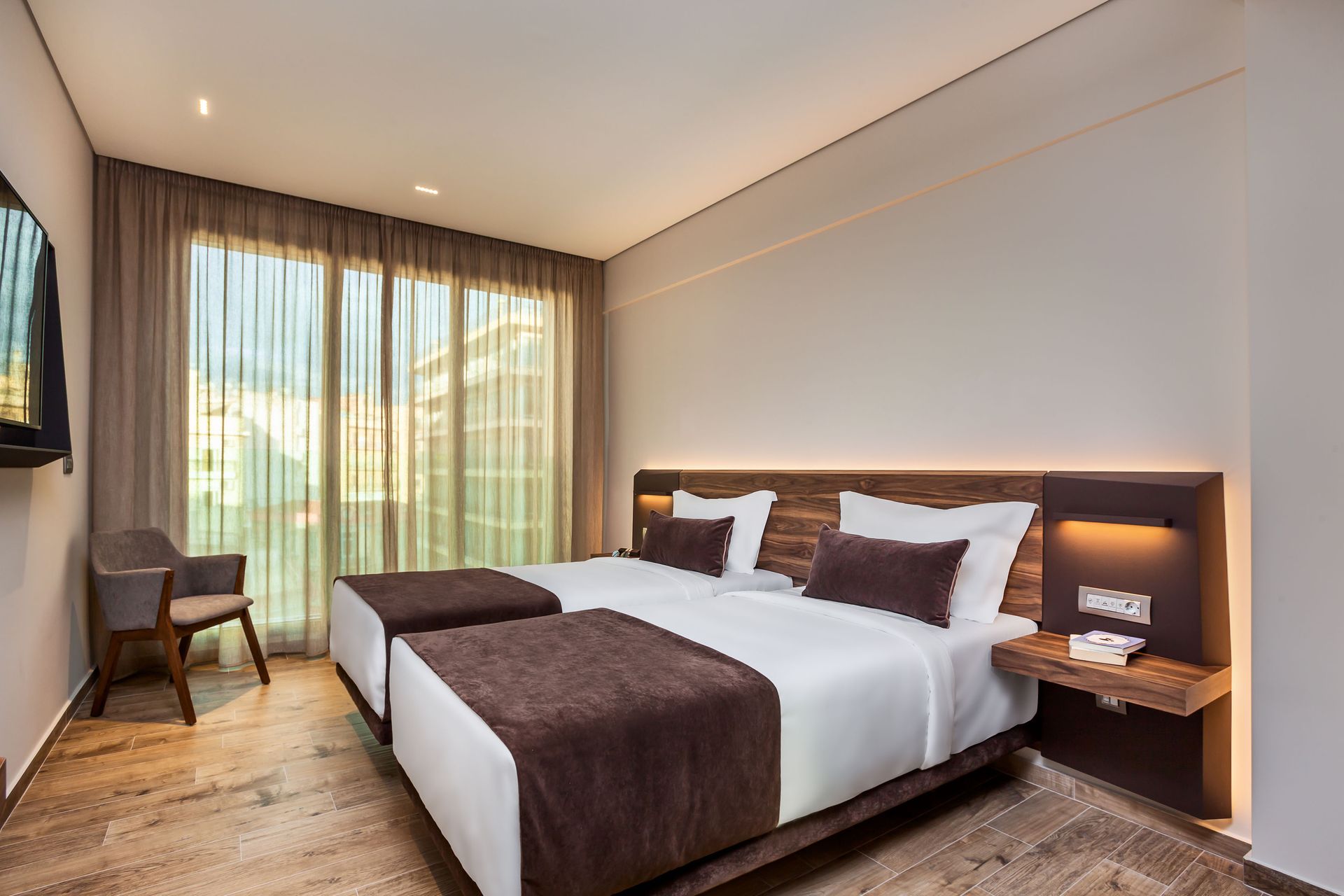 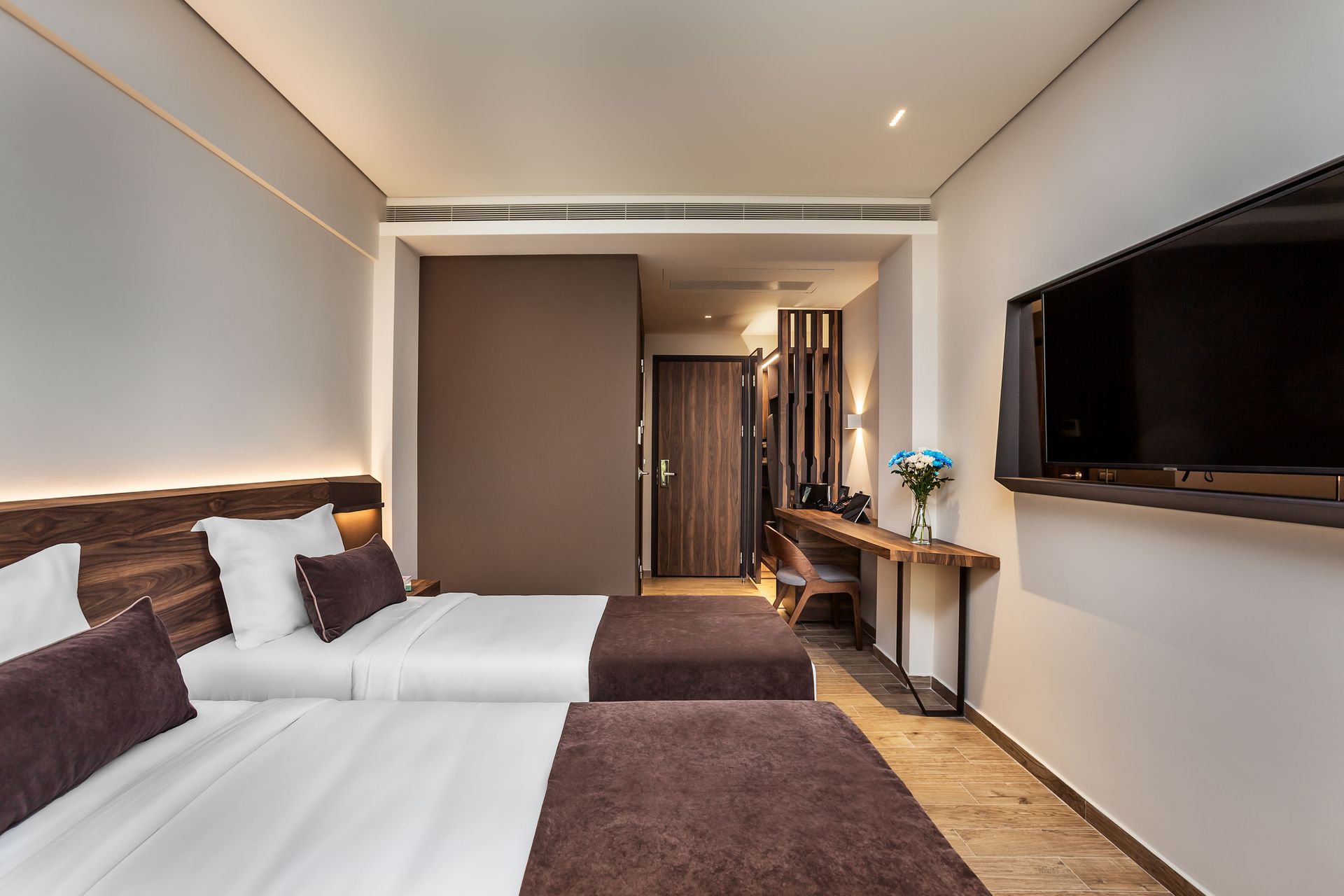 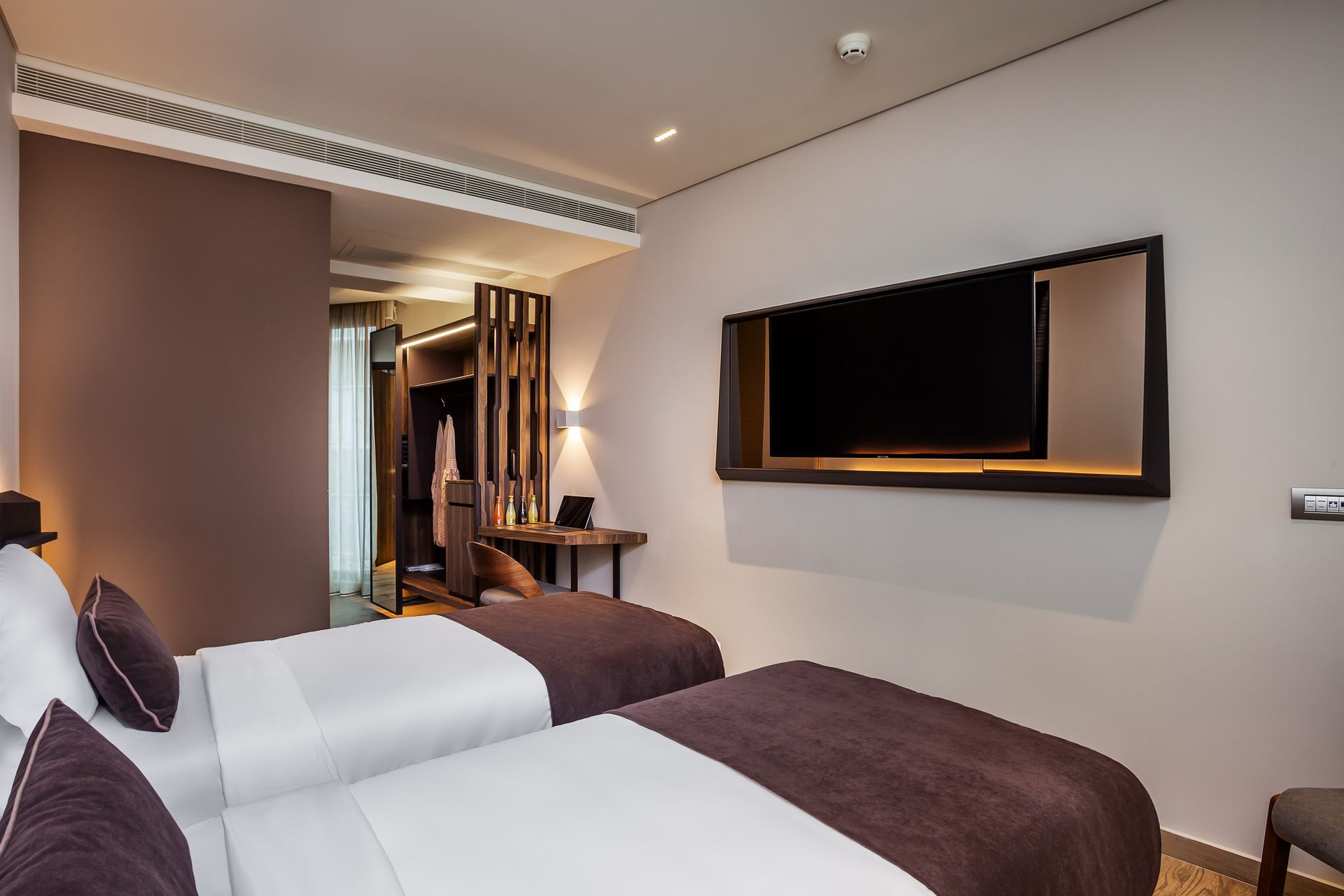 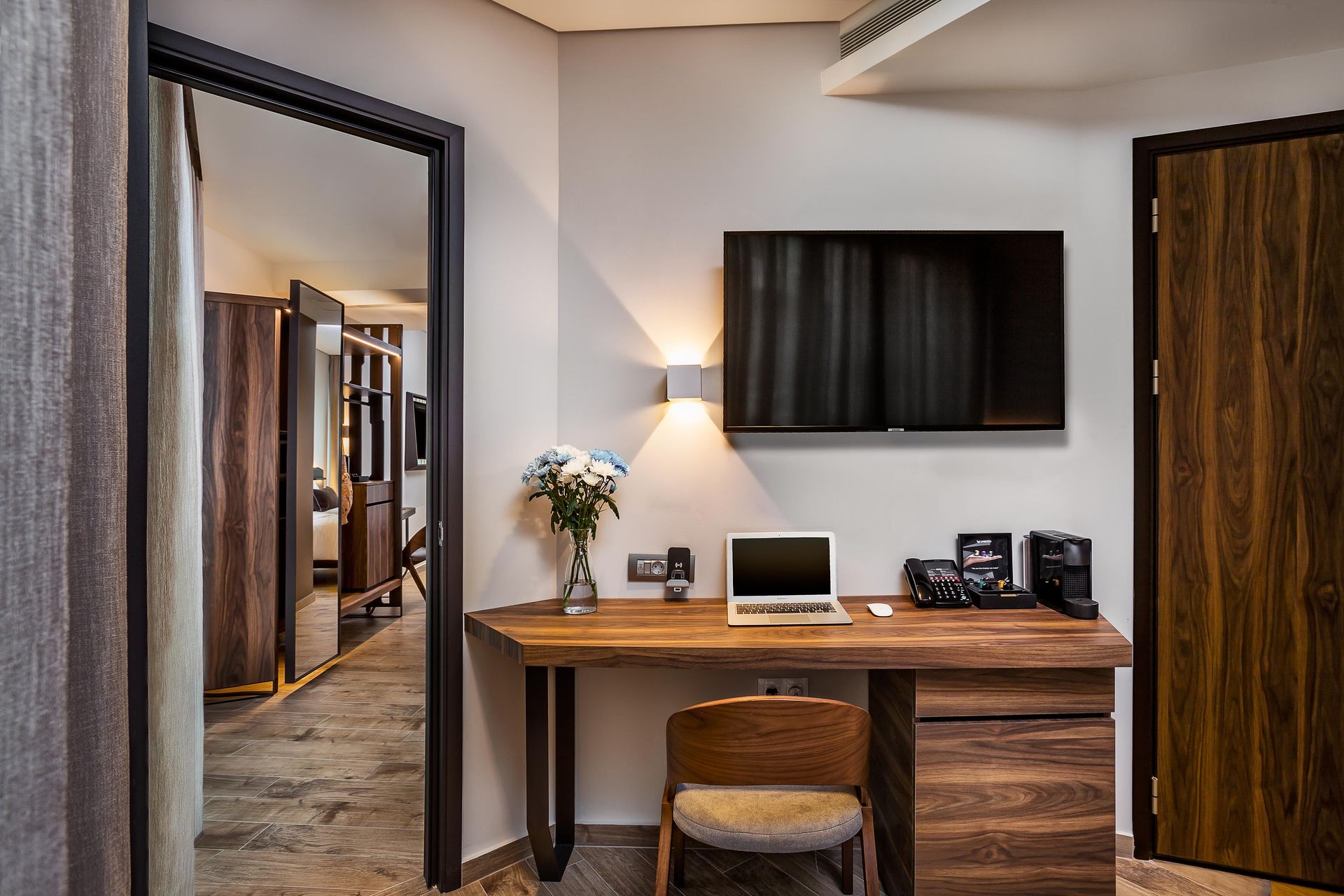 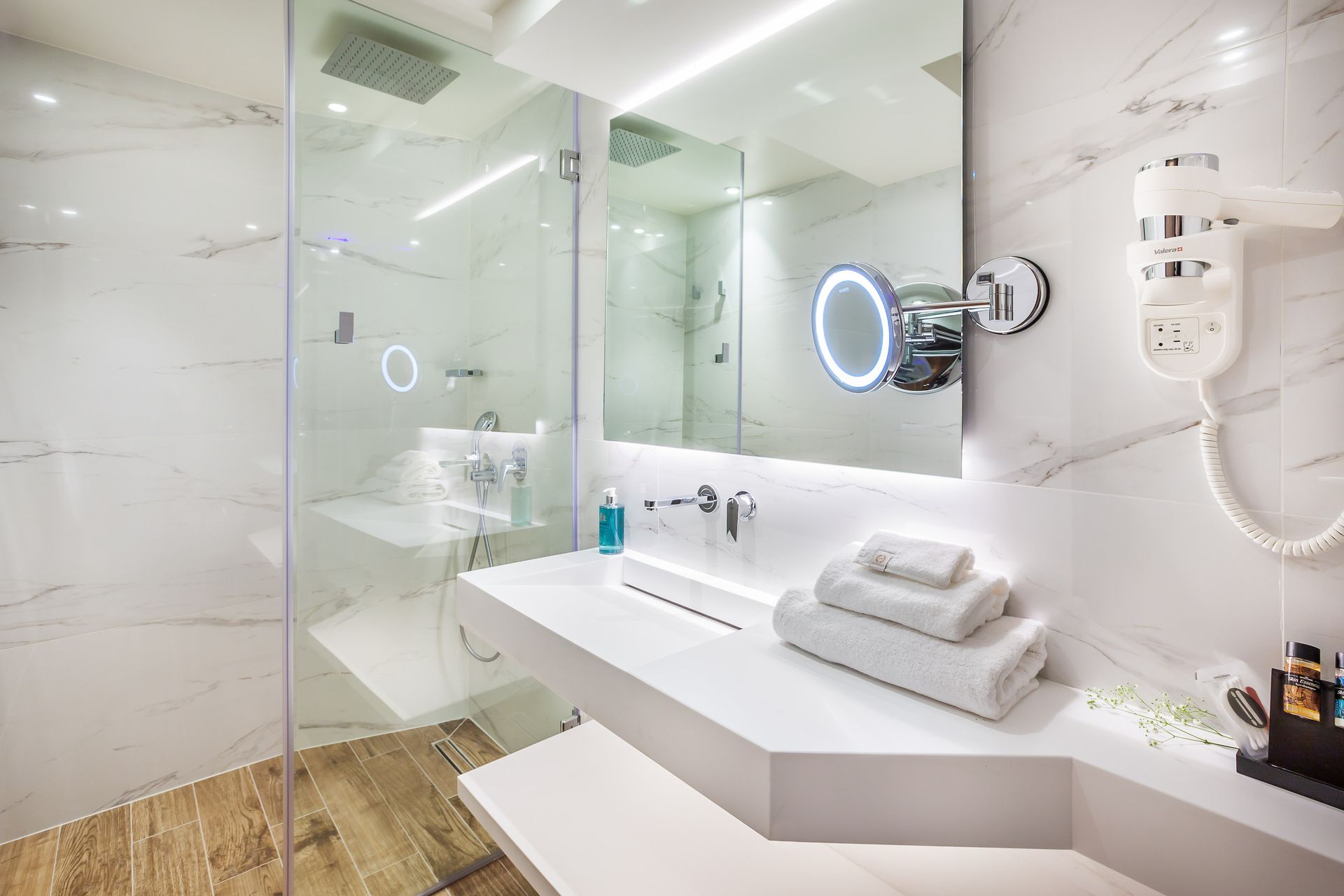 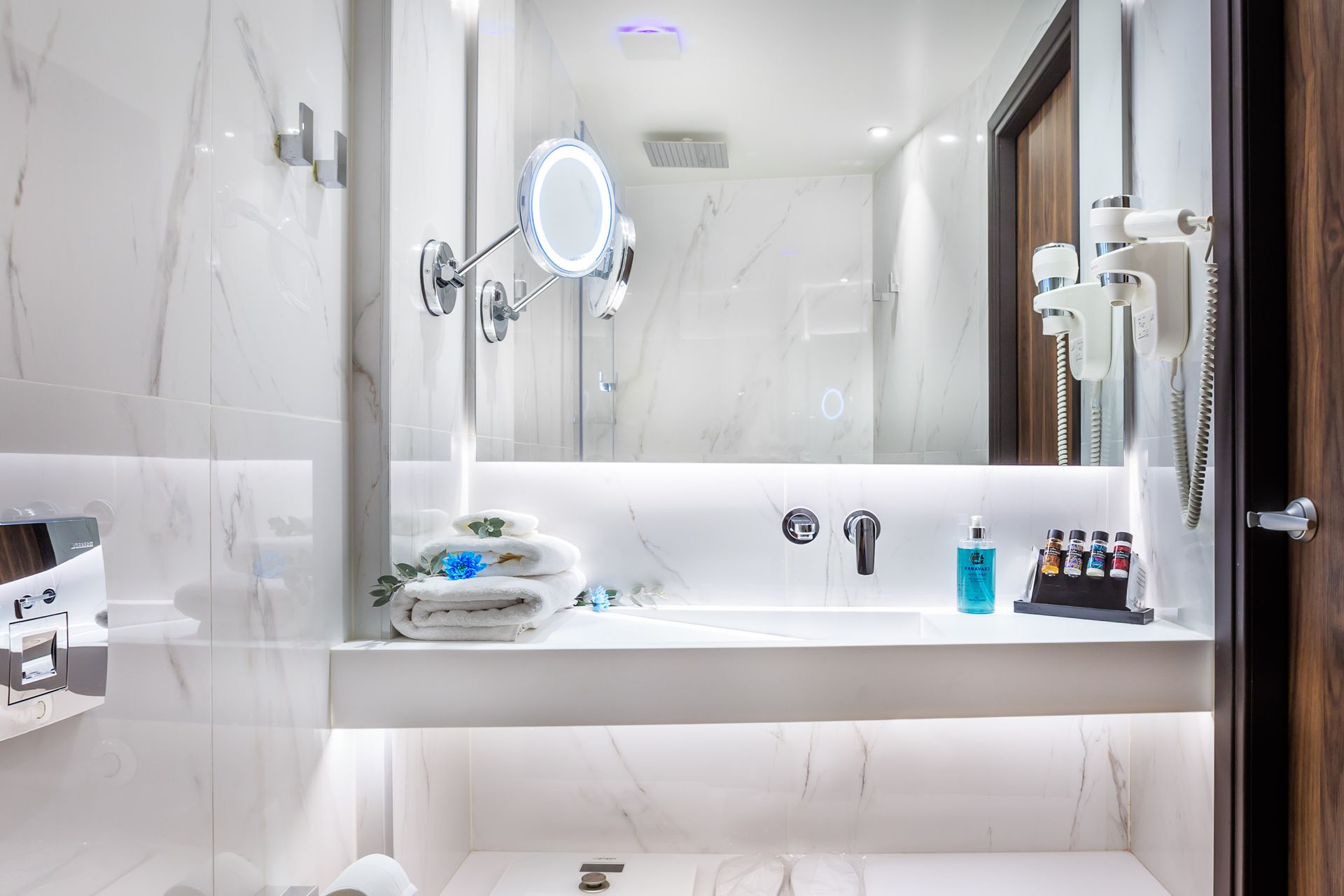 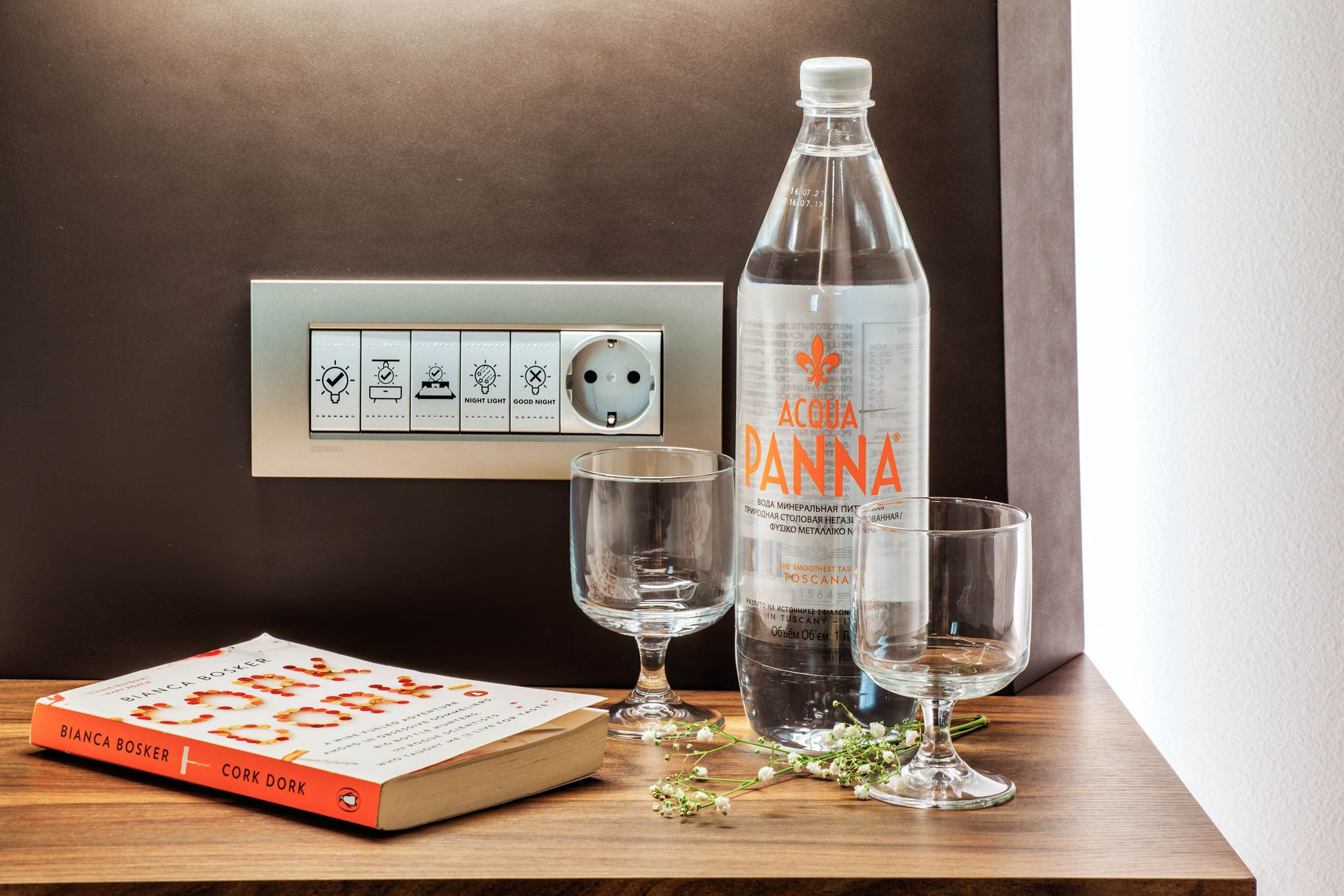 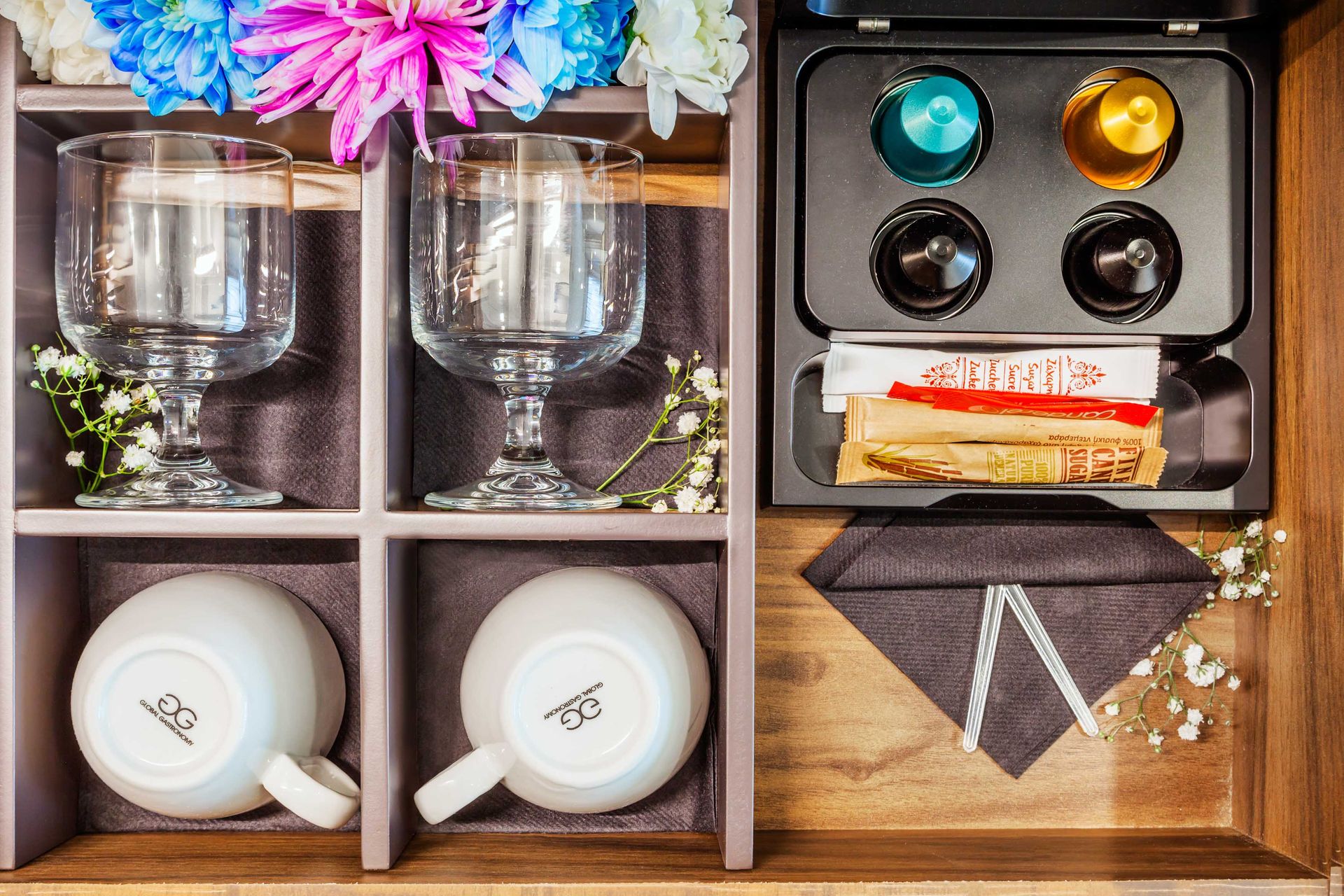 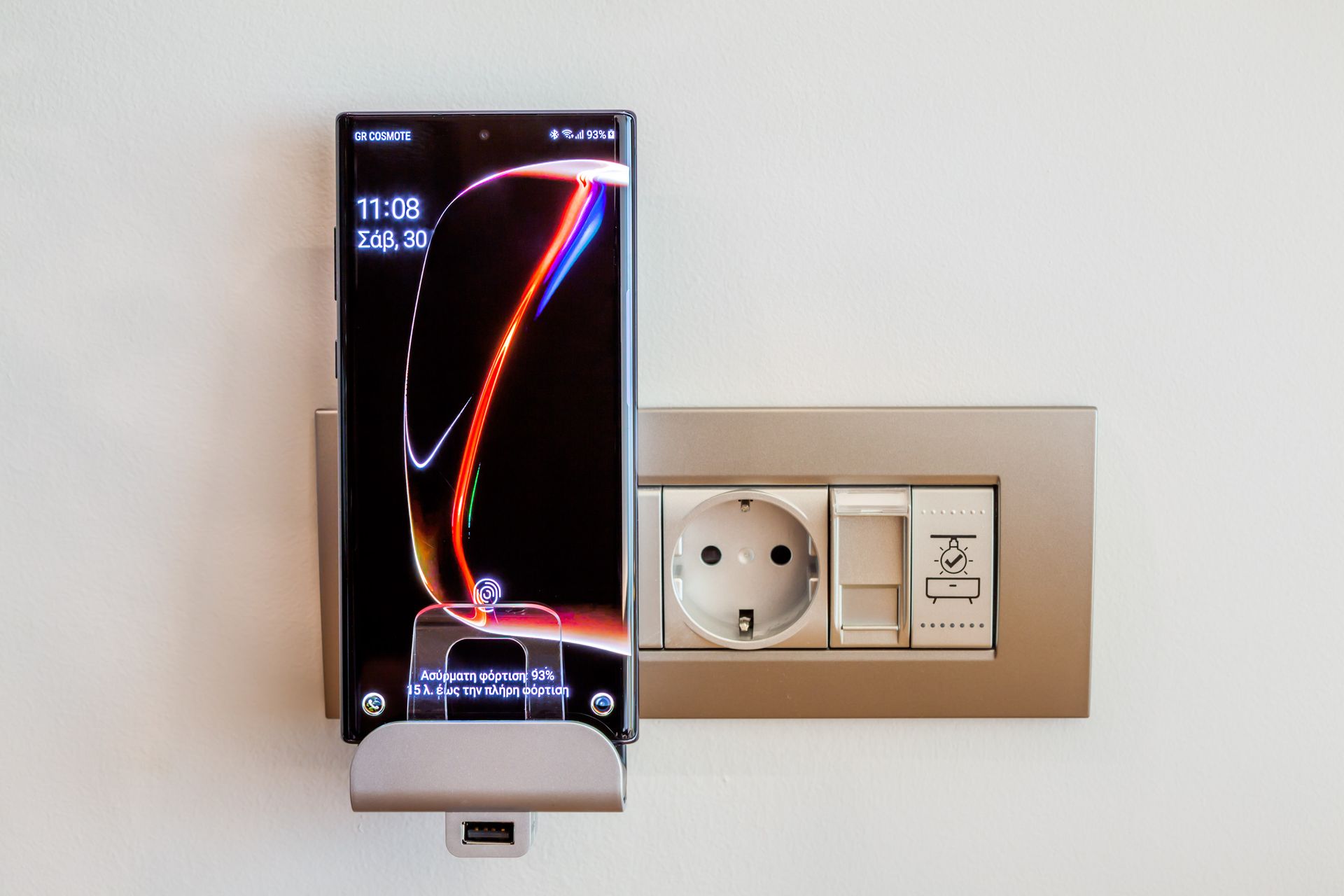 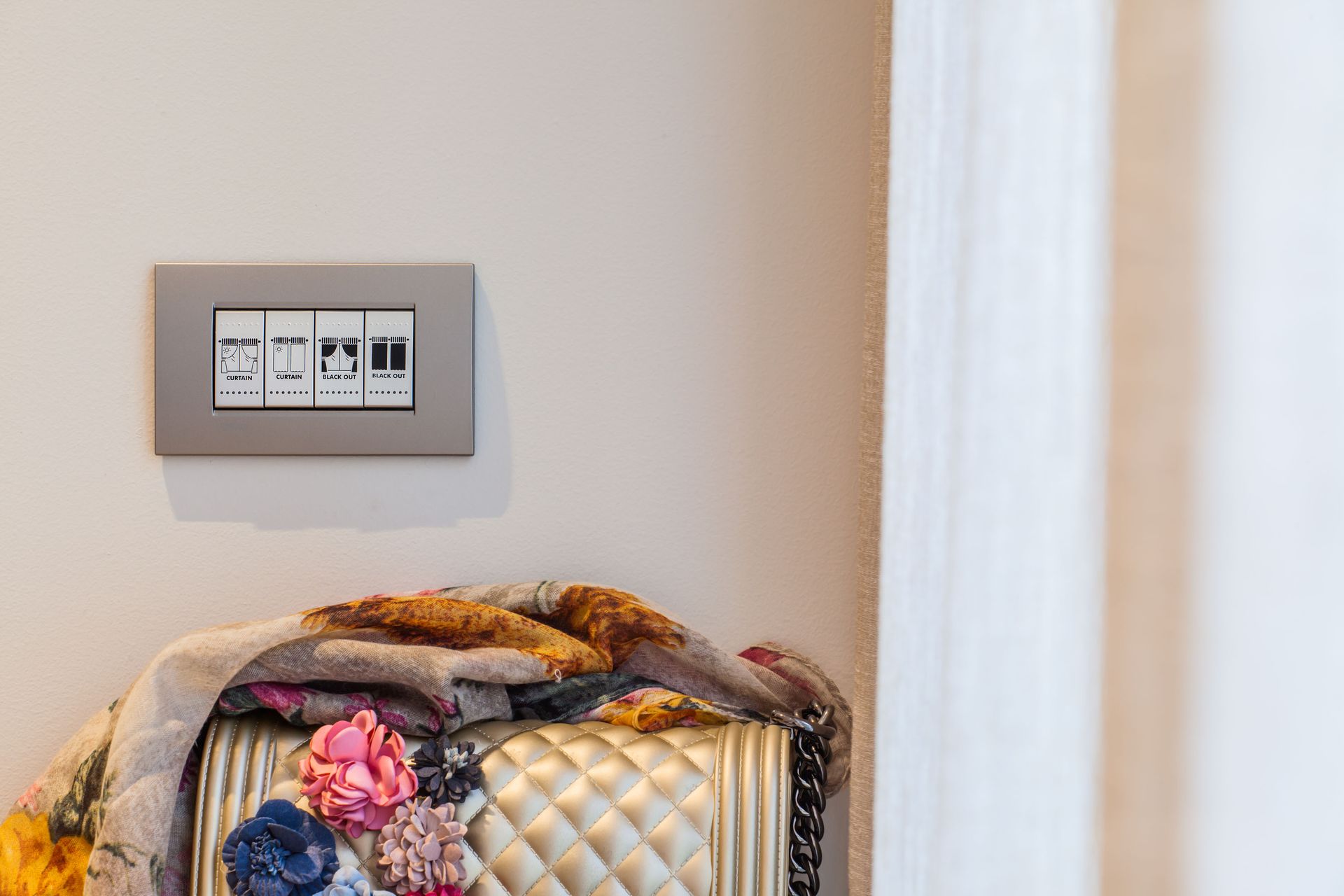 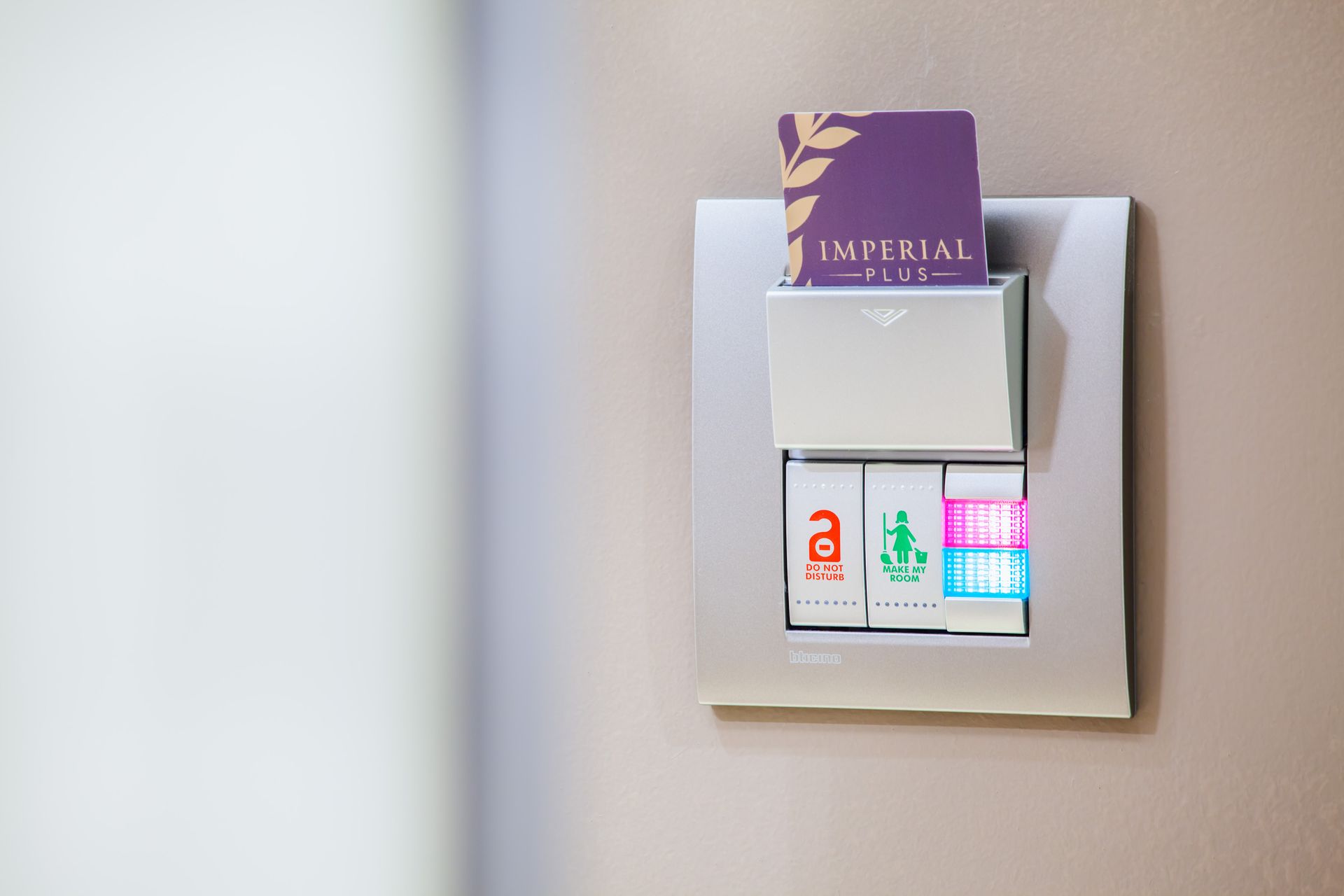 The modern hotel Imperial Plus | Urban Smart Hotel started its operation in November 2019 and is the most modern choice for a visitor who wants to use the new technologies both in his room and in the common areas of the hotel. In contrast to the plethora of room rental companies which are created in the city of Thessaloniki with doubtful quality of their services, the hotel Imperial Plus | Urban Smart Hotel is the only hotel in the center of Thessaloniki which in 2019 received a hotel license and certification of 4 * stars services.

Hotel Imperial Plus | Urban Smart Hotel has total 103 rooms. Specifically, it has 88 comfortable rooms, some with double beds and others with twin, 7 double rooms ideal for families and 6 Executive rooms on the top floor of the hotel with balcony and 2 Suites. On the 1st floor of the hotel there is a bar-restaurant, where guests can enjoy their coffee or drink and try fine local delicacies in the restaurant, during the buffet breakfast. In fact, the hotel has received the honorary certification for providing Greek Breakfast. There is a bar in the hotel Roof Garden which offers a magnificent view of the city and its port. The hotel Imperial Plus | Urban Smart Hotel, sensitive to issues related to climate change, actively contributes to the protection of the environment. It has received numerous environmental service development certifications based on standards such as GREEN KEY, GREENLEADERS and the ENVIROMENTAL SAVING CALCULATOR.

Hotel Imperial Plus | Urban Smart Hotel is the new privately owned creation of the company AD. DELIS Hotel and Tourist Enterprises SA. The company A.D. DELIS SA. may be a typical company but in fact it is a family business with great experience in the field of tourism since 2001 until today and it owns and operates successfully the also privately owned 4 * star hotel in the center of Thessaloniki with the title ad Imperial Palace.